Andy MuseModel
Owner
Posted last year
April in the UK was the LOWEST death rate EVER recorded for that month...

'The crisis has stretched the NHS almost to breaking point and sometimes beyond.
Last week at Bromley Hospital in Kent, 30 patients waited overnight in the hospital for beds. One member of staff described the scene as chaotic: 'Some were in cubicles, some were in side rooms and some were in operating theatres which were not being used.'
In East Sussex, a refrigerated lorry is being used as a makeshift morgue after a hospital's mortuary filled up with patients. Eastbourne Hospital had to place 60 bodies in the lorry.
At Winchester's Royal County Hospital, Hampshire, the lack of nurses was so severe that medical chiefs ordered ex-employees to be contacted and asked to come back in. Admissions doubled, and the hospital asked all staff to cancel their leave. Many other hospitals are coping by cancelling all but the most urgent of operations.'
First published The Guardian - 9th Jan 2000

These very serious accusations will stand the test of time and evidencing. I can evidence them all. I am positive that we are not out of this yet and that there is more of this madness and control and coercion to come.

Currently there are multiple private prosecutions and collective efforts at holding those responsible to account, including a grand attempt at a Nuremberg style trial of world leaders and the leading scientists. Just look at how Fauci is now squirming and changing his stance following interrogation by senators. Interesting but dangerous times. Backing the powerful into a corner I don't think has ever ended well...

I remain positive that in a years time the average death rate for 2020 and 2021, as compared to previous years, will be very similar, meaning that there will have been no excess deaths.

Interestingly FOC's have been placed and are returning with details of burials across the UK and they clearly paint a picture of 2020 as being no different to any other year.

Whilst the NHS remains wholly under used including throughout the peak of the 'pandemic' in January...

Death rate in England is lowest since records began 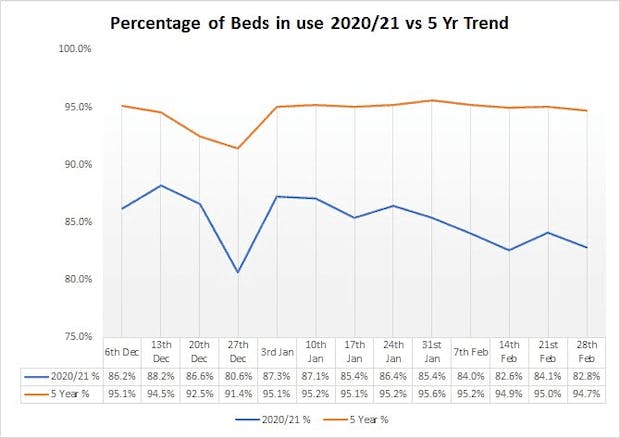 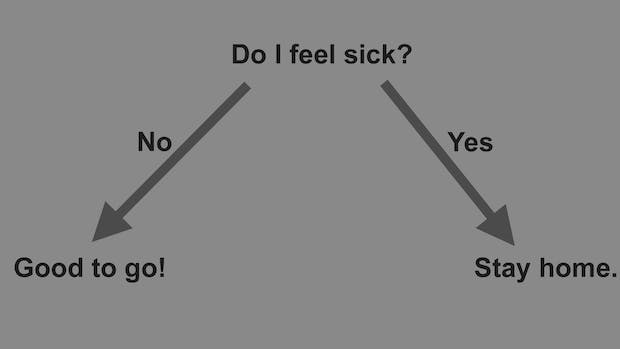 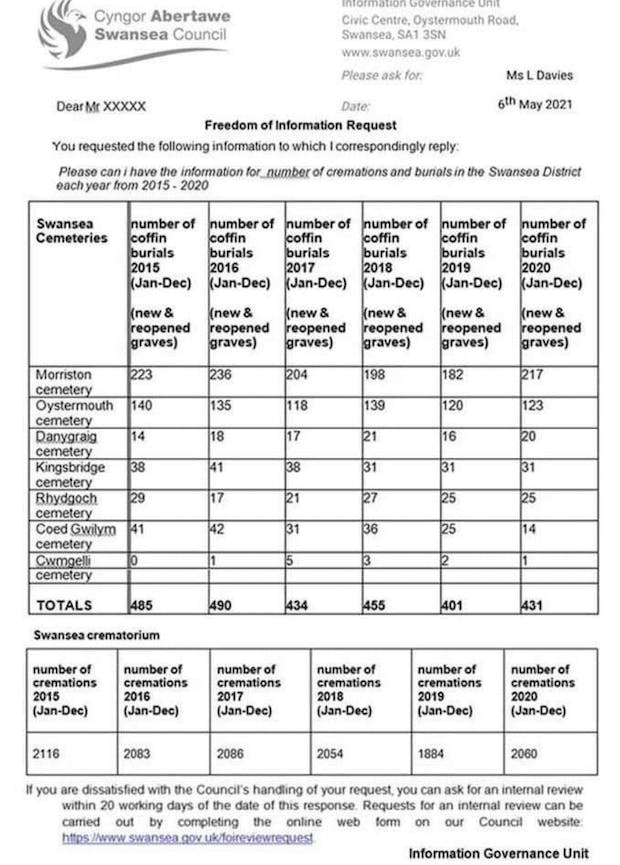 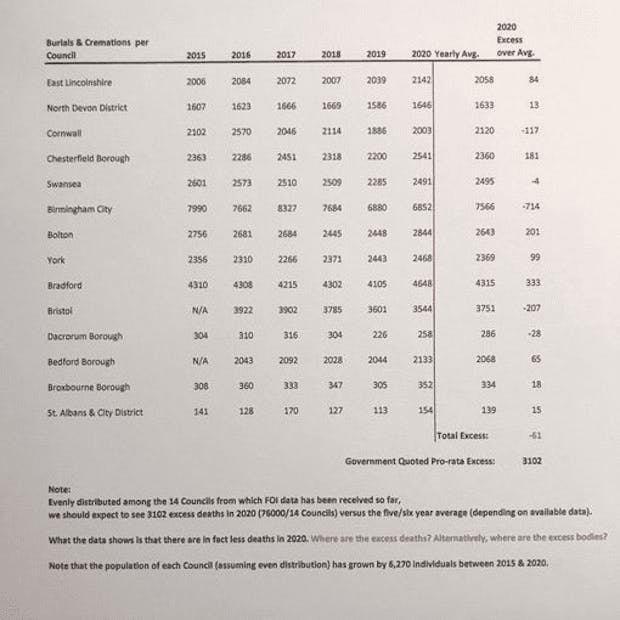